The proud parents of a baby girl were standing beside another couple who were just as proud of their baby boy. They were in a Catholic church close to home waiting for their children to be baptised. As usual, the godparents were the ones holding the babies when the moment came for pouring the water.

The two couples were totally unprepared for what happened during the ceremony. It was being conducted by an old missionary priest. “You can’t use those names. You have to use the name of a saint.” He made this declaration and then stood waiting for the couples to decide what saint’s name they wanted for their children.

Everyone looked around a bit perplexed. The mother thought Lulu was the name of saint, but she was not about to press the point. The father didn’t quite understand what the problem was. He just stood speechless as the priest insisted, “Choose the name of a saint so I can baptise the little boy with a Catholic name. You are a Catholic aren’t you?”

WHAT DOES THE LAW SAY?

There is an old tradition in the Church that couples had to choose the name of a saint when it came time to baptise a child. More than just tradition, it was the law. There was

No Responses to ““Baptism Names”” 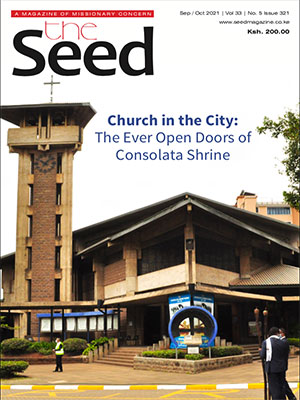 © 2017. All Rights Reserved. Created with love by The Seed Magazine